Fungus of the Year - Epichloë typhina

This is a widespread micro-fungus living inside grasses. The fungus and the plant are in a symbiotic relationship – the fungus produces chemicals that protect the plant from herbivores and increase drought and frost resistance, while the fungus receives the necessary sugars from the plant.

It can appear in the summer, when its spores develop in an initially white, later yellowish light-brown hypha. At this early phase, the fungus prevents the plant from forming seeds but promotes the development of new shoots. Although this is a relatively well-studied species, many aspects of the coexistence of the fungus and the plant still need to be studied.

Small insects can often be seen feeding and laying their eggs on the fungus and effectively contributing to the spread of the fungal spores. 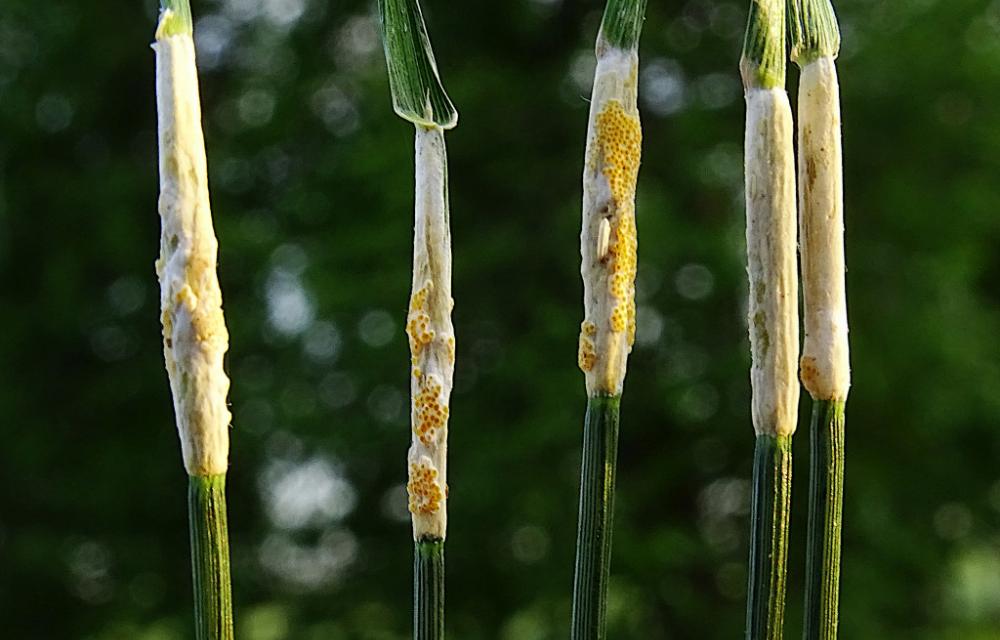