Butterfly of the Year - Pearly heath

There are five species from this family in Estonia that are quite similar to one another. The pearly heath can be recognised by the dark brown colour of the upper part of the wings and the pattern on the lower part: it is characterised by a relatively narrow but at the same time strongly serrated white stripe on the back wing.

They prefer moist habitats – wet meadows, swampy forests or bogs – where they live together in groups. They can be found from the beginning of June to the middle of July.

The caterpillars feed on various grasses. As caterpillars, the species also overwinters, continuing to develop in the spring until they become butterflies.

The range of their habitat is extensive but inconsistent from Europe to Japan. In all habitats in European countries, including Estonia, the species is endangered due to habitat destruction and has been taken under protection. 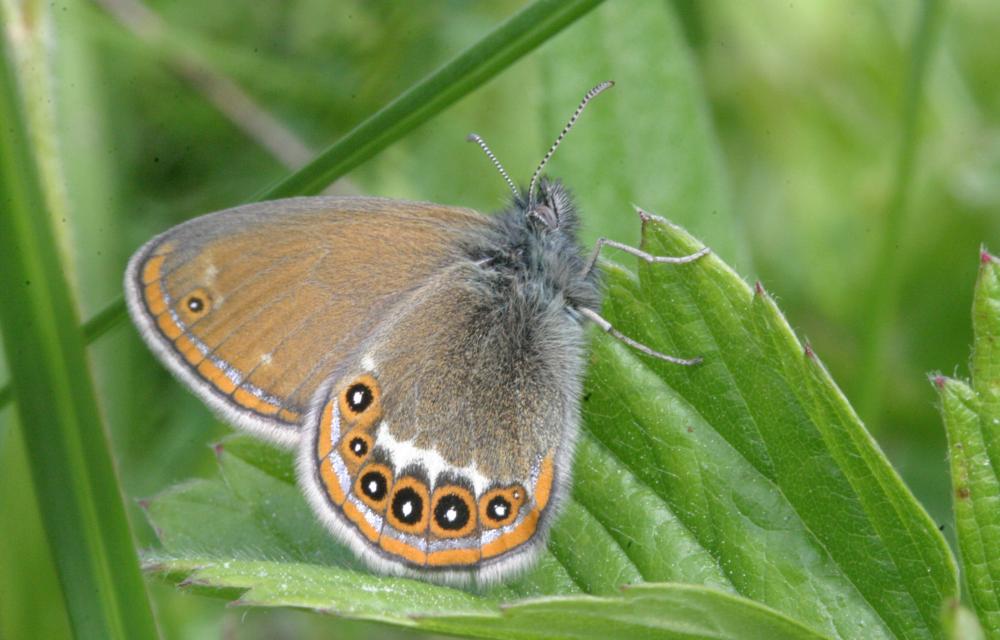