Bird of the Year - Eurasian woodcock

The Eurasian woodcock is known for its mating flight, in which the male bird flies around, letting out a croaking and beeping sound. The mating flight takes place on spring evenings at the edges of the forest, in clearings and near forest paths.

Woodcocks feed mainly on earthworms but also eat insects and their larvae, which they search for in the soil with their long and sensitive beaks. Their eyes are very large and located high on both sides of the head – this allows them to see within a 360 degree radius.

Woodcocks have a very mysterious way of life, operating mainly in the twilight and at night. Their protective colour is ideal for moist deciduous and mixed forests, where they usually live.

The woodcock is a valued game bird. However, for decades, their numbers have fallen not so much because of hunting but because of habitat destruction and climate change. 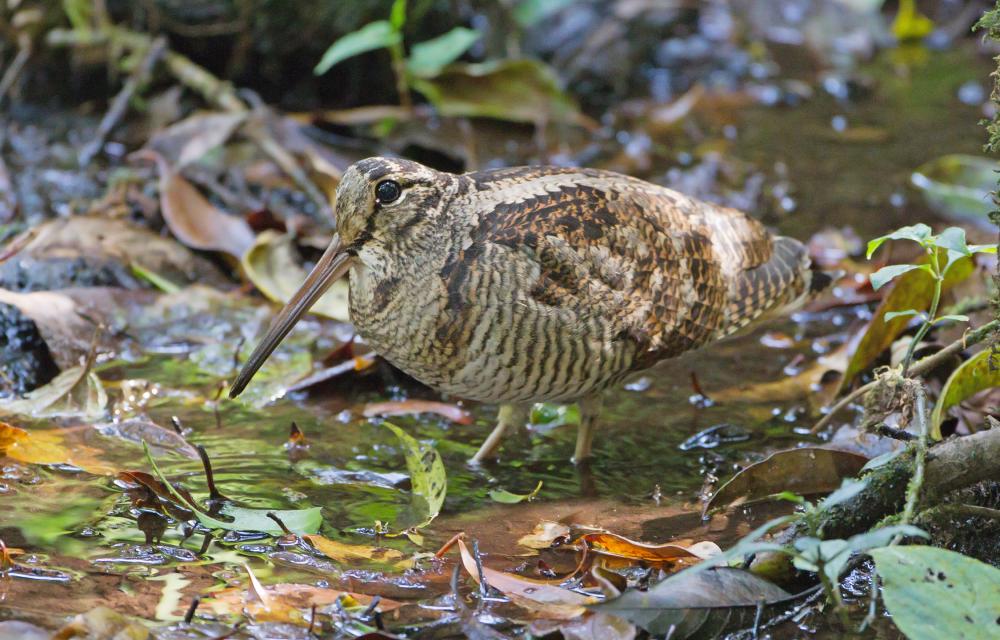