Animal of the Year - Brown bear

The brown bear is the largest predator in Estonia and has no natural enemies.

The brown bear is an omnivore that feeds mainly on various parts of the plant as well as on fungi and insects – ants being their favourite. The brown bear loves oats and honey but prefers carcasses to fresh meat.

Their hibernation lasts 4-5 months. They use dormant and shady places in the wind to sleep, but they can also make a place out of spruce branches and moss. The bear will hibernate even when the winter is warm because its linked to the length of the day and the bear’s hormones.

Pregnant females give birth during hibernation. They usually have one to five cubs, more often two. At birth, the cubs weigh the same as a loaf of bread and are blind and helpless.

The brown bear is often depicted on coats of arms and flags, symbolising power and strength. 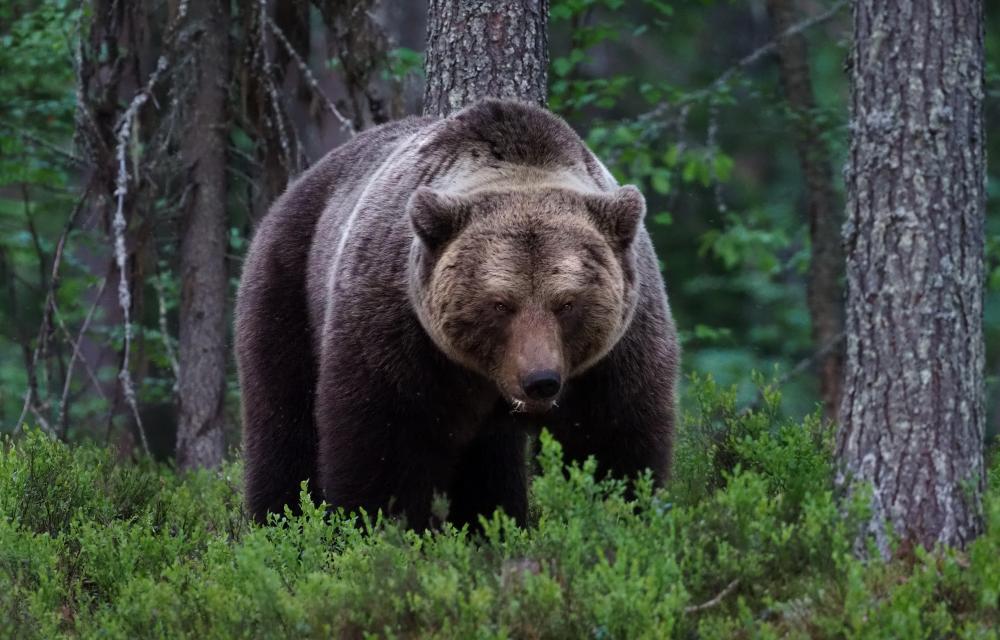