History of the Museum

The history of museums in Estonia begins in the second half of the 18th century, when so called curiosity cabinets owned by private collectors became fashionable. The most well-known collector in Tallinn was the Town Hall apothecary Johann Burchard, who started his collection in 1802. The collection was named Mon Faible and inculded antiques, coins as well as natural science collections. Natural history and art museum based at University of Tartu also started collecting and exhibiting their collections in the beginning of 19th century.

In 1838 The Learned Estonian Society was formed with plans to create a common museum to tell the story of the Estonian people, language, literature and history. Sadly the plans failed. But in November 1864 the Estonian Provincial Museum was opened, based on the collections of the Estonian Literary Society. The museum operated in the Canute Guild building in Tallinn Old Town and had collections of cultural history, art and natural sciences.

The study of nature was one of the main functions of the Provincial Museum, that became even more important in 1870, when baron Alexander von Pahlen was elected president of the Estonian Literary Society. In 1875 a new section was opened for the study of Estonian Nature. The collections began to grow with the help of donations, specially after opening the exhibitions. The most important additions to the collections where taxidermy birds from dr G. A. von Rauch and taxidermy animals from K. E. von Baer. Amhibians in alcohol, fish and corals, minerals and herbariums where also exhibited. The research carried out within the Estonian Provincial Natural Sciences Section, especially the geological research, attracted attention even abroad.

In 1911 the Estonian Literary Society aquired from the Estonian Knighthood the former house of Ungern-Sternbergs at Kohtu 6 and the museum moved to it’s own premises. At the end of the same year a permanent exhibition was opened. Estonia had a real museum, that was open three days a week for three hours. The ticket cost 25 copeck, 15 copeck for students. Schoolchildren where especially welcome, as the museums founder Leopold von Pezold used to say:

Seeing with ones own eye teaches the children more the any description would“.

During the period of the Republic of Estonia, the museum continued to operate under the Arts and Heritage Department of the Ministry of Education. Since 1926, it was re-named Museum of the Estonian Literary Society, thus returning to its original name of 1842. The section of natural sciences carried the name Natural Sciences Section of the Estonian Literary Society since 1920. 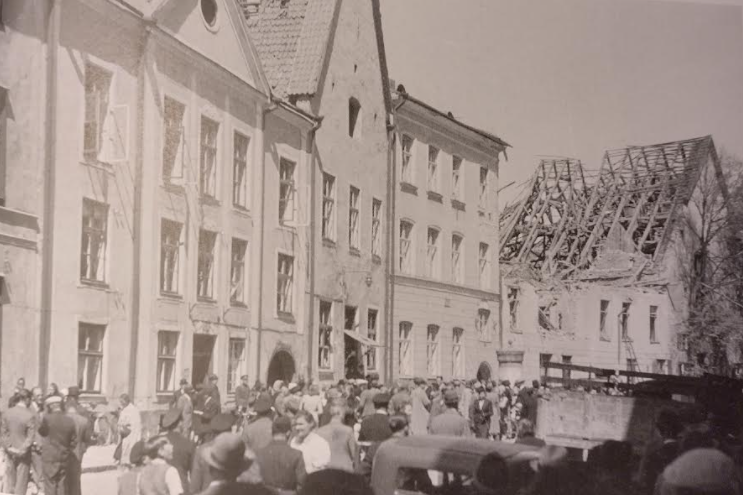 The Molotov-Ribbentrop Pact (1939) brought an end to Baltic-German institutions in Estonia. Most of the members of the Estonian Literary Society resettled to Germany and the society terminated its activities.
After the occupation of Estonia in 1940, the Soviet authorities declared all museums nationalized. The National Museum of Natural History was established in 1941 by a Regulation of the Council of People’s Commissars of the Estonian SSR to store the natural scientific possessions of the Provincial Museum. The same year all the collections where moved to Lai 29. The National Museum of Natural History obtained 90 000 specimen from the collections of the Provincial Museum.

The first member of its scientific staff and also the acting director was zoologist Eerik-Madis Kumari, a 1940 graduate of the University of Tartu. During these times the museum had altogether 8 empoyees: in addition to 3 scientific staff members there was a preparaator, an accountant, typist, cleaner and caretaker.

In 1942 a bomb hit the museum and destroyed over 10% of the collections. Altogehter 62 taxidermy birds, 1616 bird eggs, 3 taxidermy mammals, 227 horns and animal bonnes and 6757 insects were destroyed. The collections were moved to the house in the Lai 29 yard, that was relatively unaffected by the bombing. The building built in 1880 and originally intended as a dwelling house, houses the museum to the current day. 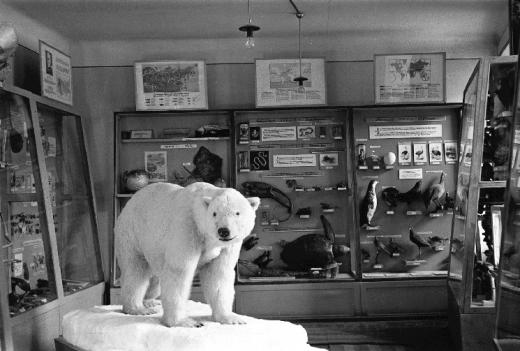 In 1944 began the reconstruction of Tallinn. The museum also needed to be „rebuilt“, because although the scientific work and collecting had not been interrupted by the war years, the collections needed arranging and the exhibition needed to be rebuilt. Also, the museum building was in need of renovation. The museum officially started work on 15 December 1944.

In February 1946 the museum was reopened to the public. Entrance was free of charges and in the first three months over 8000 people visited the exhibition. Of course, ideological and political topics were unavoidable. There were exhibition on such topics as „The Great Stalinistic Attack on Drought“ (1950) and „The Large Constructions of Communism and Forest Plantations“ (1951). "The Stalinistic Reshaping Plan for the Nature" (1951) was turned into a travelling exhibition that lasted for several years.  In the 1950s and 1960s museum employees took actively part of the pioneer camps, where they arranged tours, quizzes and theme days.

The annual mushroom exhibition was started by the head of the botanical collections Gustav Vilbaste in 1946. In the autumn of 2022 the tradition will be celebrated for the 60th time already.
During the soviet period the museum started to feel a need for advertising with the ambition to educate as many people as possible. News about the openings of new exhibitions were published in important newspapers and in 1951 a commercial screen was used in the cinema "Oktoober". In the end of the 1940s the museum started to hold lectures and meetings in the factories and schools to engage more grownups.

A larger renovation if the exhibitions started in 1967. Due to new ecological research directions in biology the exhibitions were built on the idea of ecosystems. The exhibitions „The Sea“ (1972), „Inland Waters“ and „Mires“ (1974), „Forests and Meadows“(1977) and „Estonian Geology“ (1980) were made. 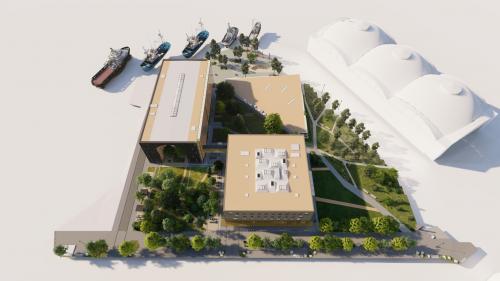 Since the end of 2021 the museum staff are working hard on a dream of an even more exciting natural history museum. In the coming years a new museum building will hopefully be built in the old factory district of Noblessner, next to the already popular Seaplane Harbour (a division of the Estonian Maritime Museum).
Read more about the plans for the new museum here >>>